The core features of effective governance include the importance of the Governing Body having the right people with the necessary skills, time and commitment, and sufficient diversity of perspectives to ensure an internal challenge, all actively contributing in line with clearly defined roles and responsibilities under an effective chair.

Jenny has been a Trustee of EPA since 2015 and she is the Chair of the Standards Committee of the main Board.  She is a very experienced Chair of Governors having been both a Chair of a Secondary School in Bolton and the Chair of Stanton Harcourt Primary School for EPA, where she recently led the school through its ‘Good’ Ofsted Inspection.  Jenny has also previously been a governor at Bartholomew School where she led the Achievement Committee.  Therefore she has a really strong and unique understanding of governance at both primary and secondary levels and how this is such an important part of building great schools.

Jenny is a Lecturer in Chemistry at The Queen’s College, University of Oxford and also supports the Open University having a real commitment to education in the widest sense.  She has previously worked on Aim Higher initiatives looking specifically at supporting diversity in those reaching the highest levels of achievement and progression.   She is a parent with children at EPA schools and despite her many commitments is also helping us with the development of our 5 Year Strategic Plan of which Science will be a key part.

We believe Heyford Park School can now look to the future and focus its attention on building an excellent education for all children.   With this aim in mind a Chair of Governors with Jenny’s extensive and impressive track record will add much value to the already strong team of governors and leaders at the school. 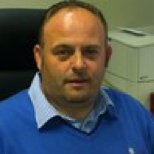 Steve is the owner and Managing Director of a local employment business. Steve has been a parent at the school since the school first opened in 2014. He is a parent of a child within the Primary phase of the school and has also had a child attend the secondary phase. Steve was also a founding member of the school’s Parent Teacher Association (PTA) and is currently the PTA Treasurer.

Emily is the Deputy Head (Academic) at Wycombe Abbey School. She has been a secondary school teacher for 18 years and has worked at high achieving schools in Berkshire, Gloucestershire and Buckinghamshire.  Having done a Theology degree at Oxford University, she teaches Religious Studies and Latin; she is passionate about nurturing every pupil’s talents and setting high expectations.  Emily is interested in promoting excellence in both teaching and learning so that all pupils can fulfil their potential.

Jan is a former publisher, and founder-director of Multimedia Corporation. Jan lives in Oxford and her daughters attended Steeple Aston school, where she was a Governor for nearly 20 years. She has a special interest in early years, but is also very interested in the development and challenges of secondary education. She was formally a director of OXPIP – the Oxford Parent Infant Project – which helps parents and babies to develop secure attachments in the first critical 1000 days from conception to two. 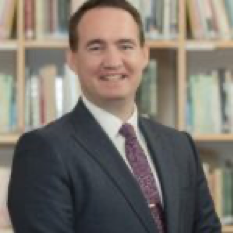 Steve is a Head Master with significant experience in education, spanning both state and independent sectors. After studying at Oxford and London, his career began as a teacher of English at The King’s School, Canterbury and then moved on to Sevenoaks School, one of the world’s leading IB schools. After working as Head of English at Headington School, Oxford, he was appointed Deputy Head Academic and, more recently, Senior Deputy at King’s High in Warwick. Steve has been appointed Head Master of King’s High from January 2021. He has served as a Trustee at Heyford Park School since November 2019 and have greatly enjoyed working with the fantastic team and community there. Steve is passionate about the transformative potential of education and working to inspire students to be the leaders of the future, nurturing the skills that will enable them to thrive and succeed.

Debbie is formerly a commissioned officer within the Royal Air Force and School Business Manager. She currently works at The Old Station Nursery. Debbie is a parent of two children within the Primary phase of the school.

Jennette has been involved with education for her whole working life and has a wealth of experience in schools.  She has held a number of positions, including 20 years as a member of the Senior Leadership Team, predominantly as Deputy Head.  She has also worked as an examiner for GCSE and A Level and has been a school inspector, which has enabled her to see the workings of many schools.  Her first love is teaching and she has always felt that working with and helping young people to succeed, is a real privilege.

Back to Top
NurseryPrimarySecondaryContactStaff Vacancies